THE HARD WAY IS THE RIGHT WAY

Anyone who truly knows me knows I’m a sports fan, but I love the Laker’s more than anything else in sports. I loved basketball though my greaters abilities were in football. My wife would say I always choose the difficult way. I’d say I wasn’t wise enough to know better. Anyway, it’s only fitting I start this blog with a post about one of the two elements of Angela Lee Duckworth defines as Grit, perseverance, as presented by the person I call the gift and the curse, Kobe Bryant. He accomplished more in basketball than all but a few, but he seemed so content later in his career because he sought the fulfillment of developing young basketball players into men, coaching his daughter and spending time with family.

Kobe always took the difficult route. And I admire him because he relished the work of getting better. He understood that the accomplishment vs fulfillment, and that accomplishment doesn’t mean more than the fulfillment of impact. When you’d rather be doing something other than the present task, it’s perseverance that allows you to be mentally present. Drives you when passion won’t. 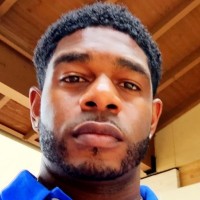 Accomplished vs. Fulfilled: Love the Type of Life You Choose
July 22, 2020
© Copyright GRIT MADE MAN, LLC.